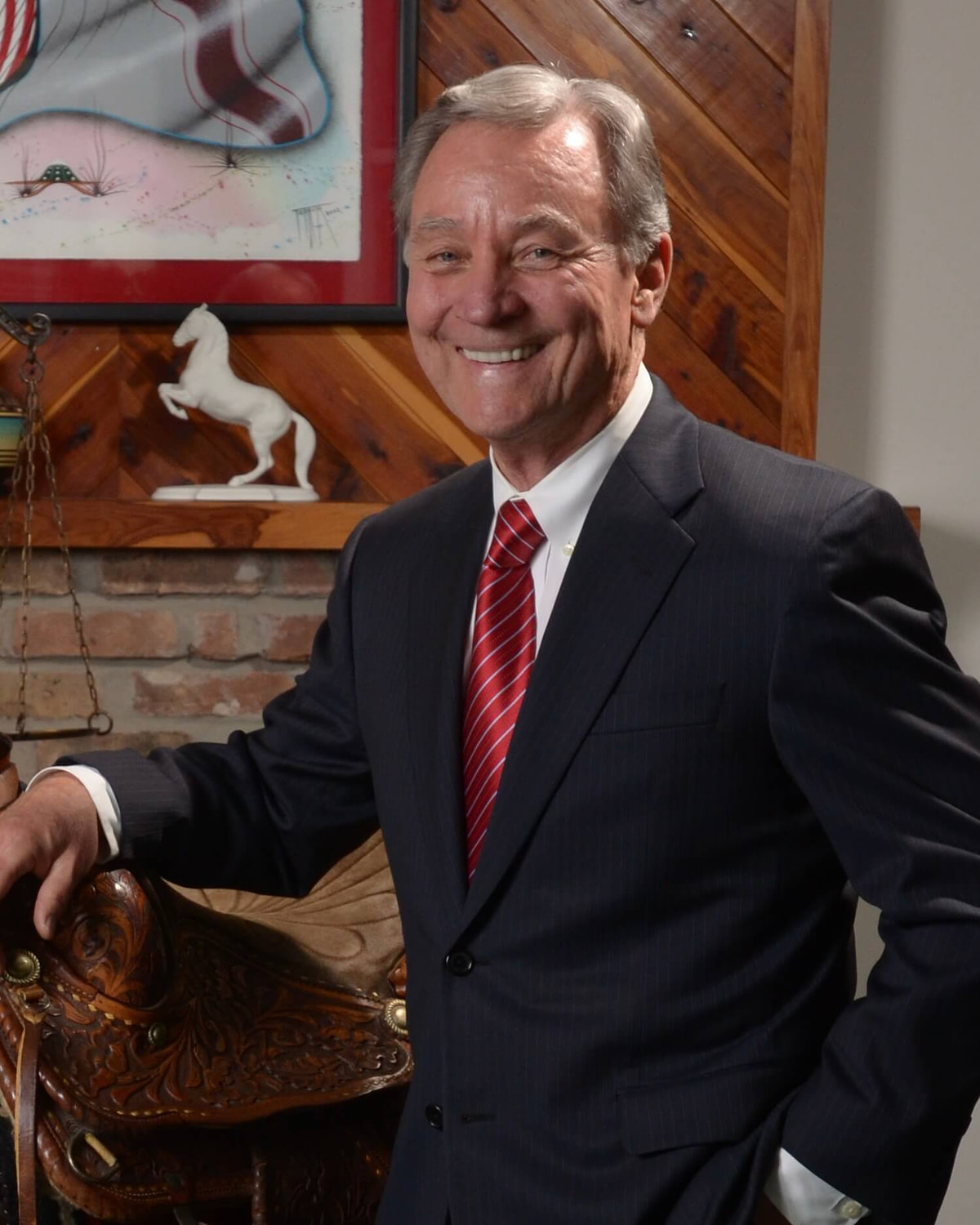 Jerry D. Patchen, Houston, Texas Attorney brings five decades of experience and wisdom to the court room as a trial lawyer having litigated civil and criminal cases in 25 states and various foreign jurisdictions.

Jerry’s work includes decades of pro bono representation of the Native American Church (NAC) on behalf American Indians to secure and protect their rights to religious freedom to use their sacrament, Peyote. Serving as an Officer in the NAC, he represented individuals charged in various states with possession of Peyote, winning every case. He also represented the Peyote dealers in Texas, who are licensed by the DEA to distribute Peyote to Indians. Throughout his representation of the NAC Jerry, his wife, Linda, and their three children participated in Peyote meetings with Native American elders.

The US Supreme Court in the case of Oregon vs. Smith, 494 U.S. 872 (1990) ruled that police power was paramount to religious freedom rights. Jerry created the strategy of of the NAC petitioning the US Congress to enact the Religious Freedom Restoration Act (RFRA), 42 USC § 2000bb, and to amend the American Indian Religious Freedom Act (AIRFA), 42 USC § 1996 to ensure continued religious use of Peyote by the NAC. Working with Senator Inouye, Jerry provided vital support from Texas DPS and the Texas Attorney General’s Office that overcame the concern of various Senators that the use of Peyote could not be effectively regulated. For his efforts, on behalf of Native American Indians, Jerry was awarded the distinguished Lifetime Achievement Award by the State Bar of Texas.
Beginning in 1999, he was on the legal team representing the União do Vegetal (UDV), which successfully secured the right of the UDV to use their sacrament, Ayahuasca, in the US based on RFRA combined with the impact of AIRFA, Gonzales v. Uniao do Vegetal, 546 US 418 (2006). The Santo Daime in the case of Church of the Holy Light of the Queen v. Mukasey, CV 08-3095-PA (2009), used the UDV case as a precedent to obtain a favorable ruling from an Oregon US District Court.

Jerry was formerly counsel and a founding Director of the Heffter Research Institute which is dedicated to promote high quality research of the mind and the effect of mind altering plants such as Peyote and Ayahuasca, and also synthetic compounds. Jerry formerly served on the Board of Integral Transformative Practice International (ITPI) and is an active supporter of Esalen and the Houston Jung Center.